This article shows how to configure a Runtime environment for using Oracle Sql Loader.

This is useful when the Runtime server has no Oracle software pre-installed.

And of course also download the "Tools Package" which contains the Sql Loader utility.

Unzip all this material to a single directory, which will look like this:

Create a directory and a text file named "tnsnames.ora". It will contain all your DB connection data strings.

And also add the new environment variable TNS_ADMIN to declare the location of "tnsnames.ora" (2). 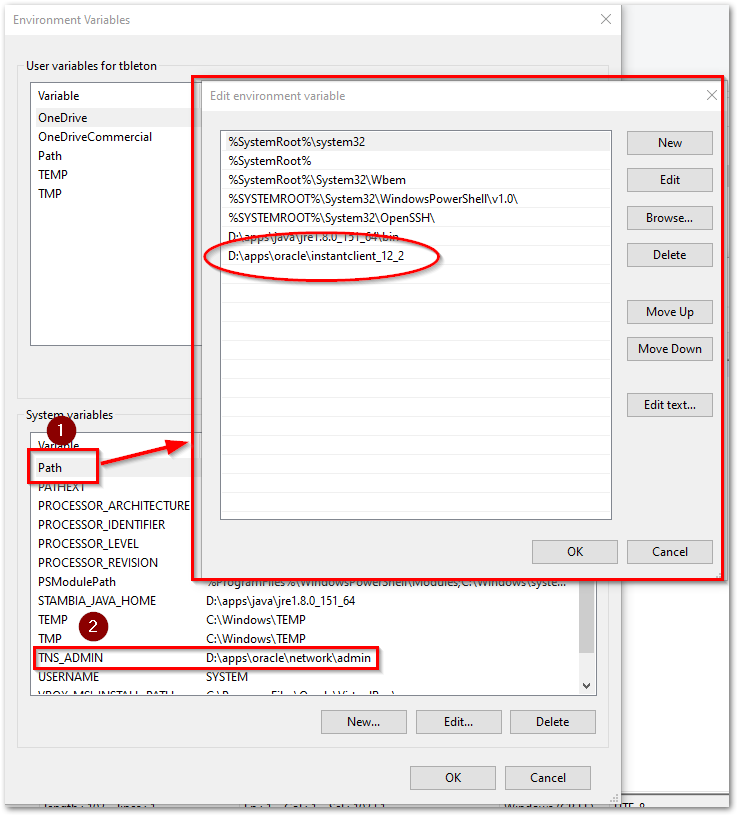 Design your Metadata and Mappings

This is all you need to do in terms of Environment.

Now you can Create / Reverse your Oracle metadata.

Make sure the "Physical Name" of the oracle server reflects the database name in your tnsnames.ora file. In my example : "baseqa".

And develop your mapping, selecting the templates which use Sql Loader.

The database structure can be entirely reversed in Metadata and then used in Mappings and Processes to design and adapt the business rules to meet the user's requirements.

How to use Slowly Changing Dimension with Oracle

The Slowly Changing Dimensions (SCD) are used in DataWarehouses to track the changes in the databases.

Tracking the updates of customers' addresses to keep a trace of it, for example.

With SCD there are different ways of doing it:

For further information on what is SCD, there are good articles you can find on the internet.

In Stambia, SCD can be used with the Oracle Metadata and Template. We will see in this article how to do that with some examples.

1) The oracle templates are needed, and can be found in the specific templates here:

2) An oracle metadata in which creation of tables and insertion of data is allowed.

We will use SCD to track the changes of the cities' names of the T_ADDRESS demo tables.

The first step consists of the creation of a new table in oracle, the dimension table, in which we will track the updates.

We put in this table the informations about addresses.

Here is the code for our example:

We will use a sequence for the id_geo column:

Then, the table can be reversed on the oracle metadata.

SCD will be managed by Stambia and the Oracle Integration Template, this table is nothing more than a usual oracle table.

The next step is the configuration of the columns of the dimension table, directly in the metadata. The purpose is to indicate the SCD behaviour for each column.

The different modes are:

And here is the modes used for our table:

Creating a mapping to load the table

After executing the mapping, the dimension is loaded with data.

The DIM_VERSION is 1 and the END_DATE is null because it is the current version so it does not have yet an end date.

Our mapping is ready, we are now going to update a city, which is set to historizedIfModified mode in the dimension table.

For that, we update the city in the in the T_ADDRESS table with an update statement in the SQL Editor for example:

Be careful, the dimension table is just used to track changes and is mostly used for historization.

So the updates must still be done in T_ADDRESS in our example.

Then we execute the mapping again, which will historize the changes of the source table.

Here is an example of the result, after updating the city and executing the mapping:

We will now try to update the DIM_comment column, which is set to updateIfModified mode in the dimension table.

The comment has been directly updated in the current version of the record and no new record has been added.

We have seen in this article:

It should help you to begin with SCD in Stambia with Oracle.