Stambia DI Designer is developed with and runs with Java.

You'll therefore need to have a java version installed to be able to run the Designer!

This article explains the various way to install Java.

Installing Java for the whole system

First and most common way is simply to install Java on your computer.

For this, simply follow the instruction to install java depending on your operating system, which can be Linux, macOS, Windows.

Refer to the online documentation of Java for further information.

This is the most common way to install Java.

Installing an embedded version in the Designer

You can also install a Java version dedicated to Stambia DI Designer also if you prefer to not install Java on your whole computer.

This consists of downloading / retrieving a standalone version of Java which can then be simply unziped in the proper folder.

For example, creation of the JRE folder 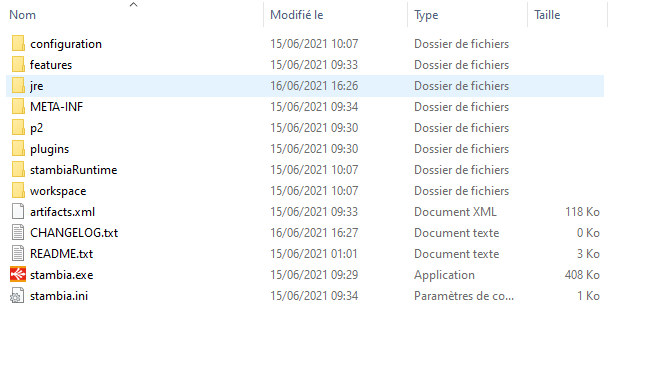 And extraction of the standalone java version inside: 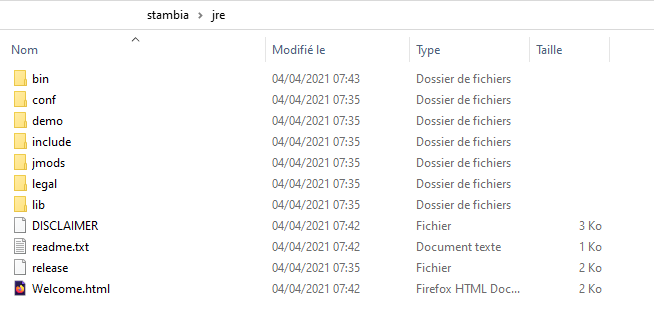 Standalone Java version are available from various providers, depending on your operating systems.

After unpacking the archive of the designer put the files inside the previously created "jre" folder as presented above.