A Runtime Metadata is available in the Designer to define your Runtimes.

It can be used on Execute Delivery Actions, for instance, and to populate the Runtime's list of the Designer. 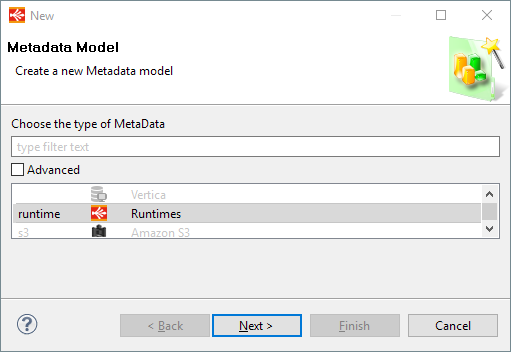 Once the Metadata is created, you can start adding a new Runtime by right clicking on the root node and selecting New > Runtime

You can then specify its properties accordingly to your Runtime configuration:

You can add as many Runtimes as you want in this Metadata, and also create Metadata Configurations on the Runtimes:

In the Designer's Runtime View

The Runtimes defined in the Metadata will be automatically added in the Designer's Runtime View:

Note that if you are connected on a Runtime Metadata that have a Configuration, a popup prompt will be displayed when changing the Configuration used by the Designer.

This is to inform ask the user if the Designer should try reconnecting with the new Configuration:

On an Execute Delivery Process action

The Runtimes defined in Metadata can also be used to fill the Runtime parameters of the Execute Delivery Process action.

For this simply drag and drop the Runtime from the Project Explorer on the Execute Delivery action. 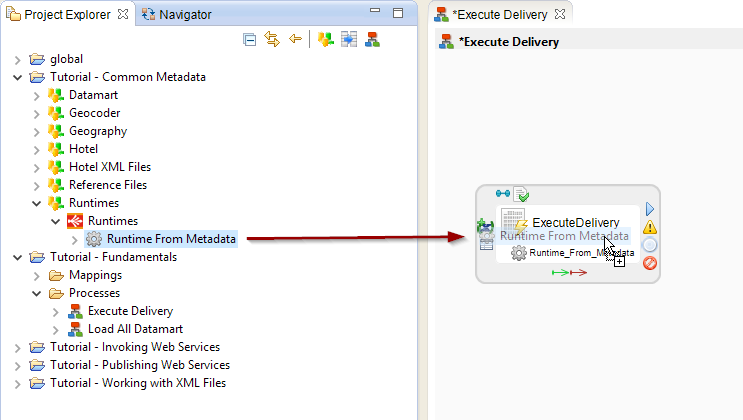