When working with files in Stambia, there might be a need to name them dynamically, depending on parameters, time, ...

This article shows some ways to accomplish that.

When executing a delivery with the startdelivery utility, variables can be added in the command. They will be published in the process during the execution.

These variables can be used to modify the name of the files.

For that, the first step is to configure the file metadata or the template configuration, to use a variable in the file name.

In the metadata, the variable has to be put in the Physical name property.

The syntax is ${~/variableName}$

With this solution, all the mappings using this file will have to be started with the fileName parameter.

In the template properties, the variable can be put directly in the Out File Name property.

With this solution, unlike the metadata one, only this mapping will be affected by the dynamic name.

Finally, the delivery has to be started started with the variable used in the file name.

-> The file will be named customers_dynamicNaming.txt

With a Metadata Variable (using timestamp)

Metadata Variables can also be used for dynamic naming. Here is an example to use it to add a timestamp at the end of the file name.

The timestamp is set in the default Value of the metatdata variable with %x{md:formatDate('formatOfDate')}x% 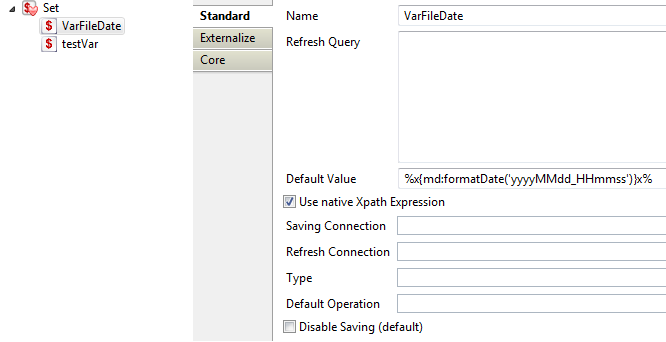 The variable can then be used in the Physical Name of the file, with %{variableName}%

Don't forget to drag and drop the variable in the metadata, at the same level as the file.

Finally, the variable needs to be dragged and dropped on the mapping. 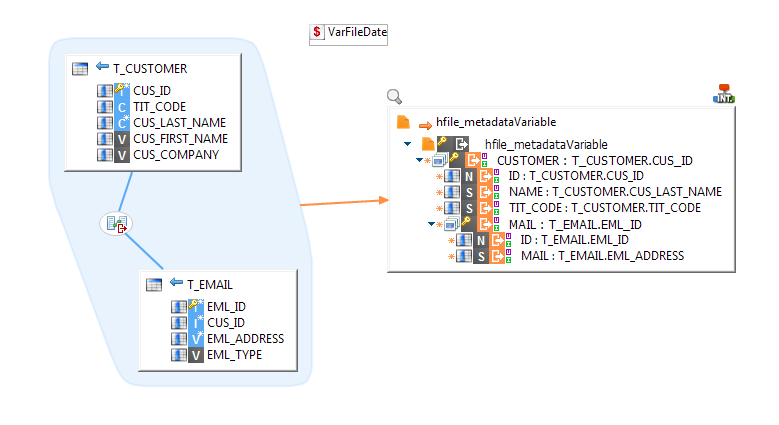 Finally, the result of a bind can also be used in the name of a file. See this article which shows how to use SQL Operations with binds and the use of :{column}: syntax

Here is a Process example :