Once they are reversed, the metadatas are not updated automatically if there is a change in the database.

For example if there is a new column on a table, it will not be added directly.

It is possible to delete the metadata table and re-reverse it from scratch, but all the mappings and processes which referred to this table will have errors, because the new metadata will be considered as a new object.

The best solution is to update the existing table node.

Since Stambia Designer S18.0.3, it is possible to re-reverse directly from an Action on the table : 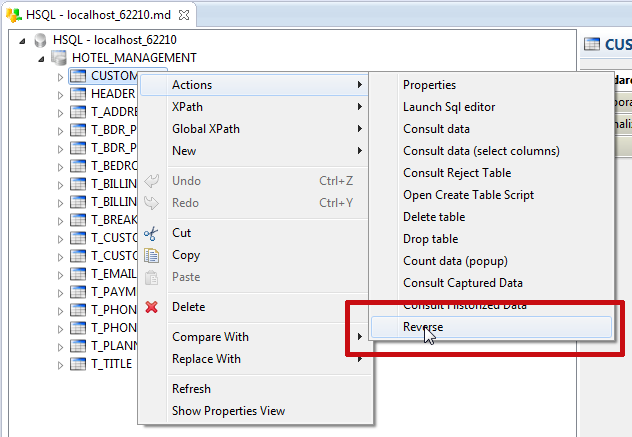 This action will update the metadatas of the table.

The second solution is to re-reverse the table from the wizard on the same schema, but without deleting it first. It will overload the table metadatas with the updates.

The Wizard is accessible with Right Click > Launch DataSchema Wizard on the schema in which the table is. 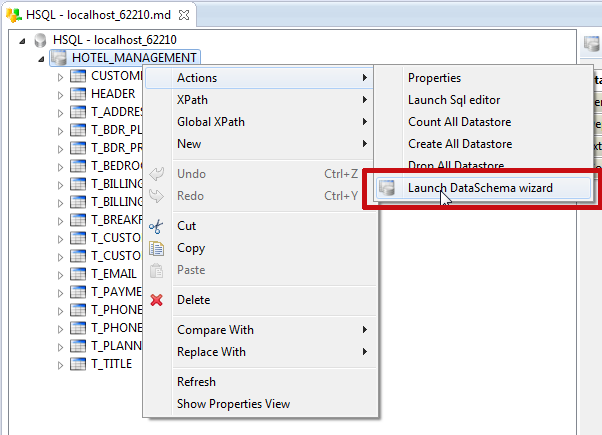 Then, re-reverse the table which have changed 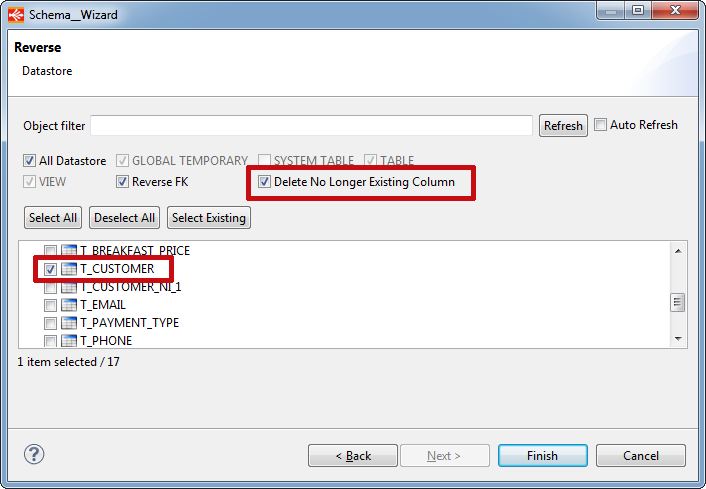 The Delete No Longer Existing Column can be used to remove the old columns in the table metadata which don't exist anymore.

Beware, it does not delete the Foreign/Primary Keys which have to be deleted manually.