Storing variables in a database for global use in several processes

Metadata Variables may be used to store persistent values and re-use them. They are a powerful way to define and use global variables in several processes.

In this example, we define a "START_DATE" variable, which we can read and write among different processes.

The principle is that:

Setting up the Metadata

We choose to store the variables in the Runtime's log database schema. In our example it is the default H2 Database.

Of course you can choose any database schema of your choice.

The Runtime will simply create a table named "IND_SESSION_VARIABLE_VAR" into this schema (we will see the table content later in this article).

This Database metadata only needs the server and schema nodes (no table needed).

Now, we create a Variable Metadata file and we add a Connection node to it (Right click on the Set / New / Connection).

And then we drag and drop the LOGS schema into this RuntimeLogSchema Connection node.

Finally we create the variable with these properties: 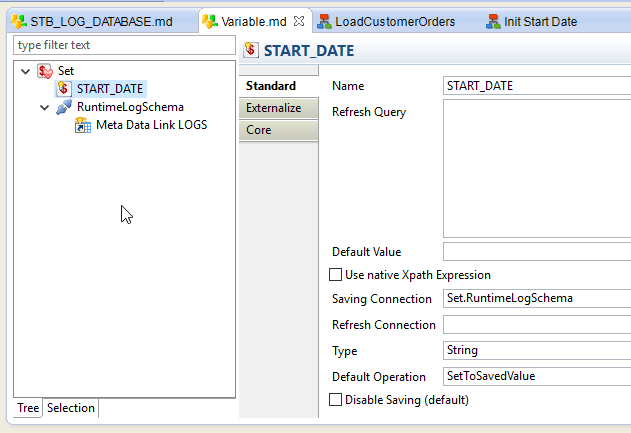 Using the metadata in processes

For future use, we need to initalize the variable so that it is registered into the database.

So we simply drag and drop the variable into a new process, and configure the action like this:

After execution, we can see the Variable in the Session's variables (at the bottom): 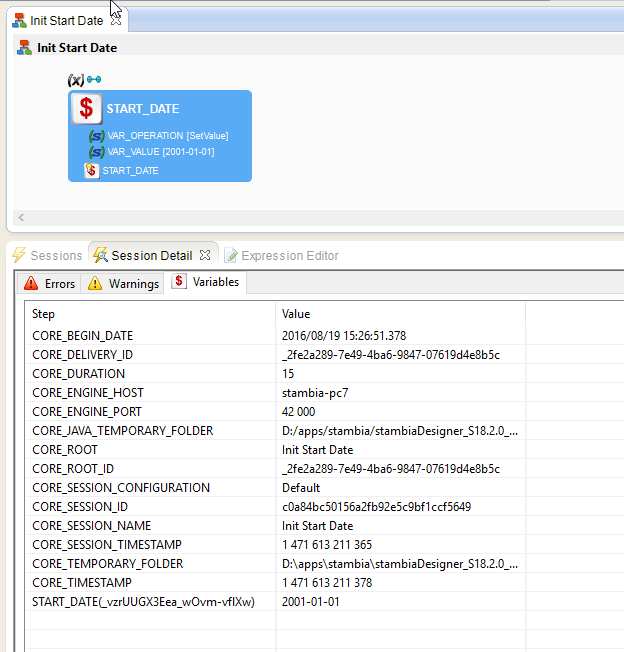 And we can also see the variable in the IND_SESSION_VARIABLE_VAR table:

A few words about this table's columns:

Now, we can develop processes which rely on this persistent variable.

The "START_DATE" action was created simply by drag'n'droping the Variable in the process. The default operation applies (SetToSavedValue, as we chose in the metadata definition).

"Load data" is a subprocess where we use the variable, for example see the parameter "ReportTitle" using %{START_DATE}%, and see its value at the bottom right of the screenshot: 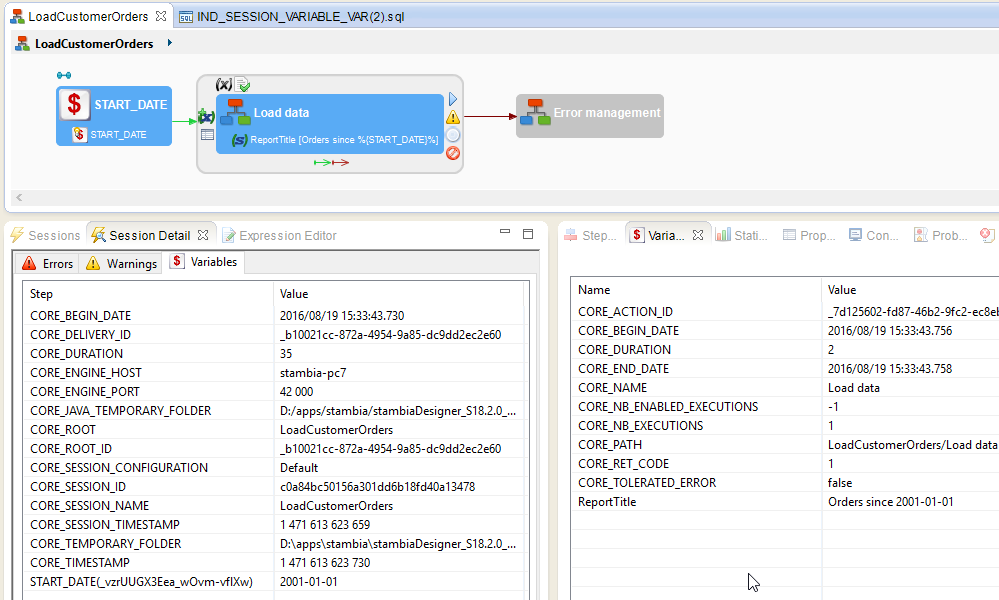 This process first loads the variable value, and uses it (somewhere in the subprocess).

And finally, the "START_DATE Update" step is changing the variable value. Here is how this step is set: 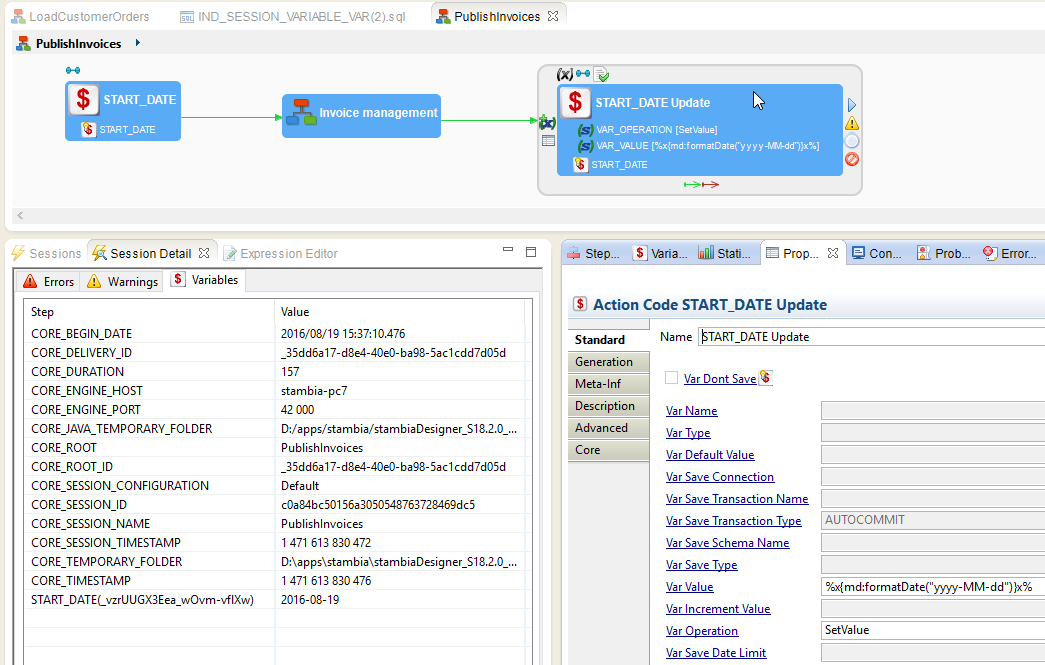 As you can see at the bottom left, after execution of the final step, the variable value has changed.

And we can see this also in the table: