You can find below the major changes and improvements of Stambia DI Designer 2020 (S20.3.x) version.

You can find in this section the list of Components which have been updated in Designer 20.3.1.

To be able to externalize OAuth2 “additional properties” metadata attribute, an attribute “Json Properties” which contains directly a JSON representation of all the OAuth2 attributes has been added, this attribute is automatically generated.

When enabled, the Templates will use the Json Properties, when disabled (default value), it will use the attributes uniquely as before.

Once externalized, user will be able to modify the whole JSON in analytic.

With previous version of designer, when an attribute externalization is set to enable, only the attributes on which the user has defined a manual value is externalized. It has bee improved to externalize attribute with its default value if no value is provided by the user.

New attributes allowing to indicate that if certificates and hostname verifications should be performed. These attributes are available on HTTP Security OAuth2 Metadata and on HTTP REST.

On HTTP Security OAuth2 Metadata, the parameter allows to define if the verification should be performed on the exchange performed to get OAuth2 token.

On the HTTP REST Metadata, the parameter allows to define if the verification should be performed, for the certificates verifications of the operation itself. 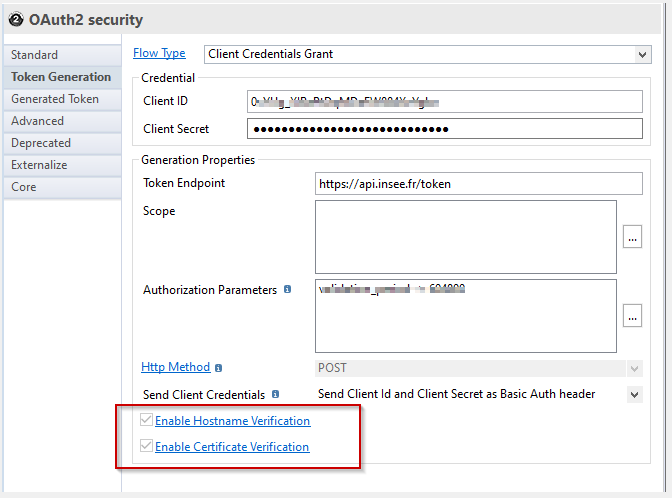 You can find in this section the list of Components which have been updated in Designer 20.3.

You can reverse in Metadata the common operations which can be performed with Twitter such as posting and searching Tweets, retrieve various information, and more...

You can also design your own operations as you want.

Refere to this article for more information.

You can find Components download section and installation procedure at this location.

Warning when Runtime not connected

When performing operations from Designer which require a Runtime while no Runtime is connected, a warning popup will now appear to inform about it.

Being connected to a Runtime is necessary for instance when performing operations such as prepare, execute, publish, ...

This helps to be warmed before executing the operation which, when no Runtime is connected, might fail.

When navigating in a Process which contains Mappings, a new context menu called "Open Mapping" has been added to open a Mapping directly from breadcrumb trail.

This menu is available by right clicking on the Mapping in the breadcrumb trail: 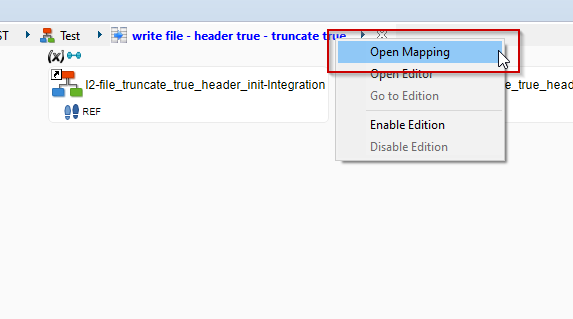 XPath and Global XPath context menus which are available at several places such as in Metadata, will now show their list of XPath expressions ordered alphabetically.

On Processes, XPath and Global XPath menu have been added when right clicking on a Metadata Link.

This allows to quickly access the available XPath expressions without having to open the related Metadata.

The real name of the Metadata node which is being a Metadata Link is now displayed as tooltip when hovering it.

The icon of the tooltip was the same as the icon for the documentation, and the text was not clear enough to help understanding its usage.

We therefore revised this information by changing its icon, location and text:

On this new version: 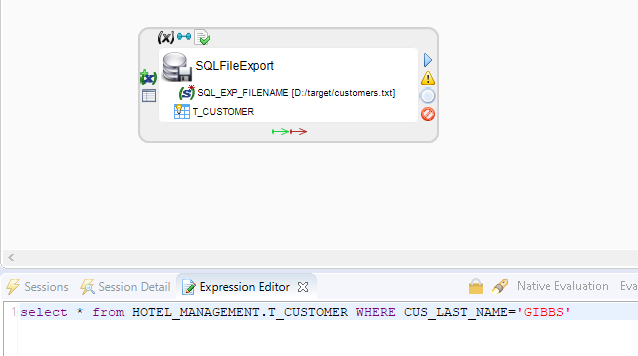 A new button has been added to remove easily a defined transparent staging area.

You can still remove it also by deleting it on the datastore as it was possible before.

The menu "Upgrade Mapping Models" has been renamed to "Upgrade Models" for clarity because it can apply also on other models, such as Metadata and Processes.

This menu, which can also be used to upgrade several models at once by selecting multiple Projects / folders / Mappings / ... has also been improved to appear as soon as one of the selected items contains outdated models.

Before this change, it was only displayed when all selected models were outdated, which was making hard to update models massively in a workspace. 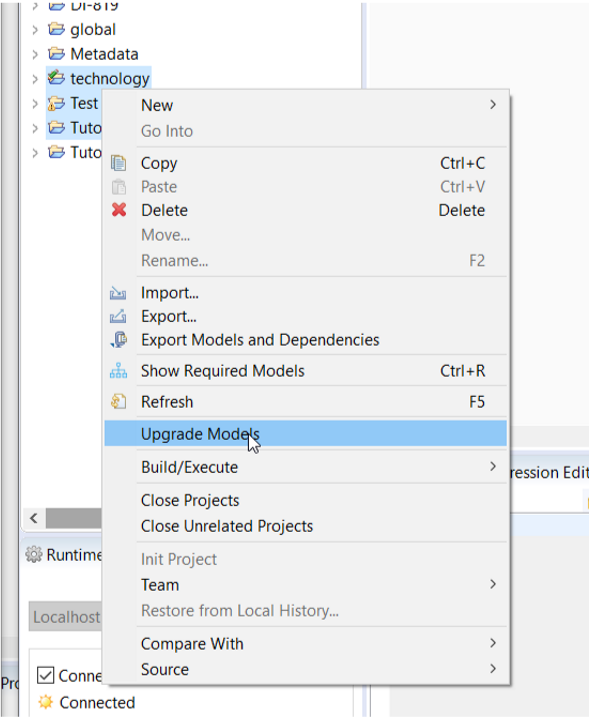 We added, in Runtime S20.1.0 the support of escape character when reading files, for files which does not have string delimiter and instead escape the characters of data which can cause issues.

This works well at execution when reading files through Runtime, in a Mapping or Process.

But it was not yet implemented in the File Reverse Wizard, so we updated the reverse wizard to also support it: 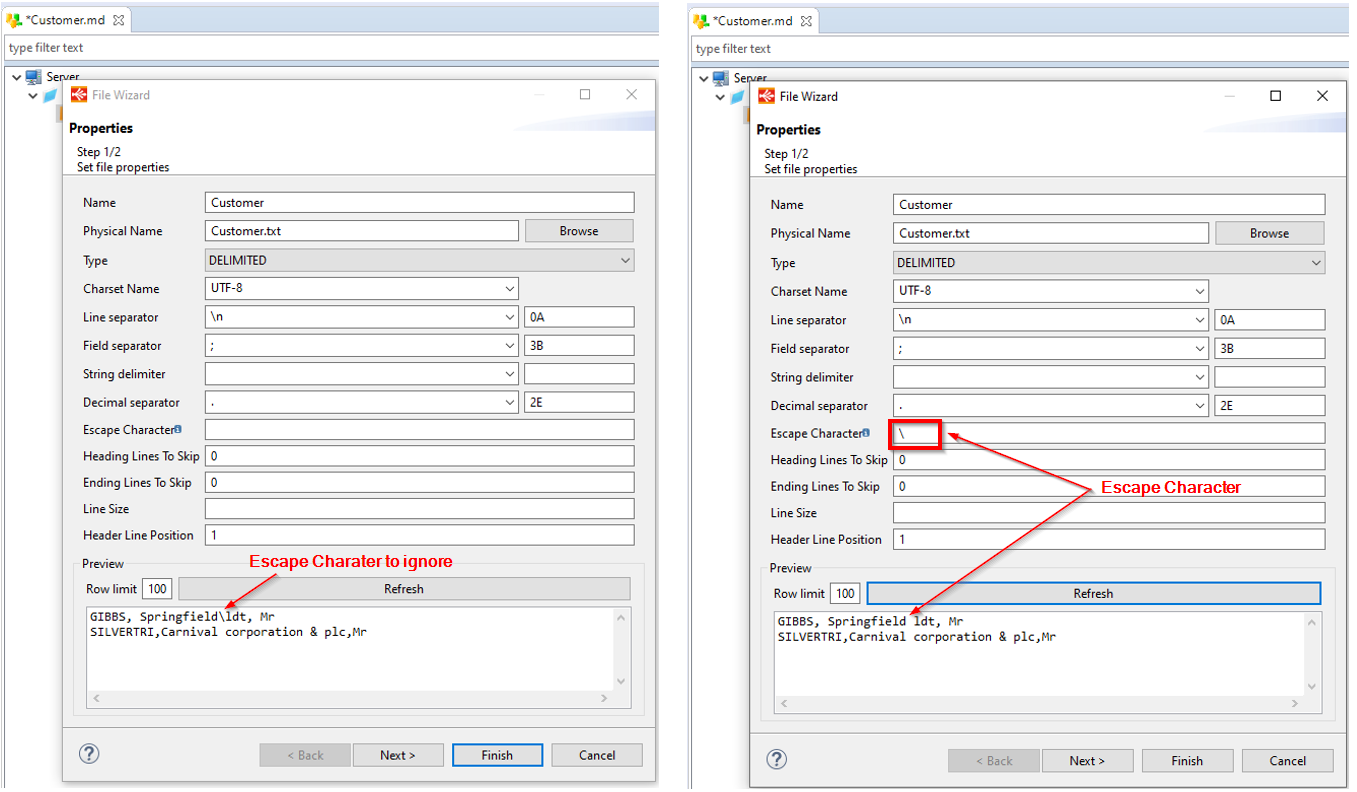 Addition of a new parameter to define the repository from which Runtime repository the delivery should be executed.

This parameter defines the runtime repository in which the delivery will be searched.

It is similar to the "-repository" parameter that is supported on startdelivery.bat script.

When this parameter is not defined it search for the delivery in default repository, as usual. 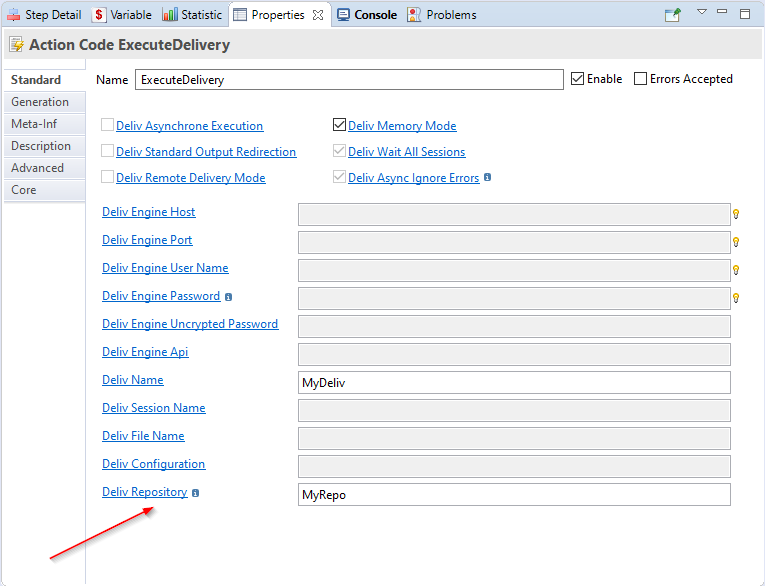